The body moves in reciprocal movements, thus ensuring the economy of energy consumption. Very important evolutionary changes necessary for walking as we know it today are the arch of the foot, the anatomical proximity of the thumb and the angle of the femur(thigh) in relation to the pelvis.

The basic functions of gait are : propulsion, energy conservation, stability in the support phase and force absorption.

The Walking cycle can be simplified into 3 main phases.:

1. phase represents the phase of contact of the foot with the support, IE heel strike, and lasts until the contact of the head of the first metatarsal bone with the ground. The foot is supine at the very beginning of contact. At this point, the foot needs a certain rigidity (hardness) in order to absorb the force during contact. The ground reaction force (GRF) acts backward (posterior) and the phase itself serves to slow down the body.

2. phase is the mid-stage phase that requires a certain mobility of the foot, which is conditioned by good pronation.  The reaction force of the substrate is directed vertically in relation to the middle of the foot and the friction is greatest. At this stage, relative movements are necessary because we can say "joint is unlocking" in order for the foot to adapt to the walking surface and stretch the musculature of the same foot.

3. phase is the stage in which the reaction force of the substrate is directed forward and requires the foot to be supinated again for propulsion. The foot is rigid with a very important concentric action of the tibialis posterior muscle. 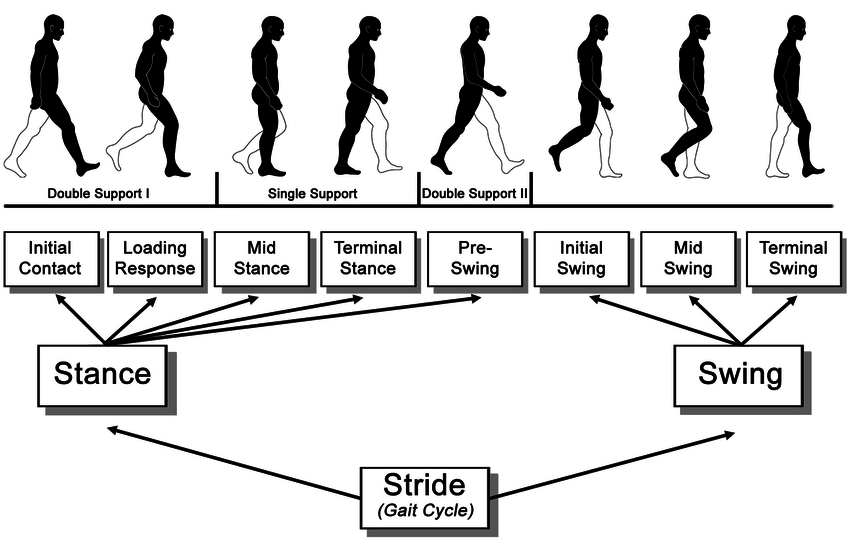 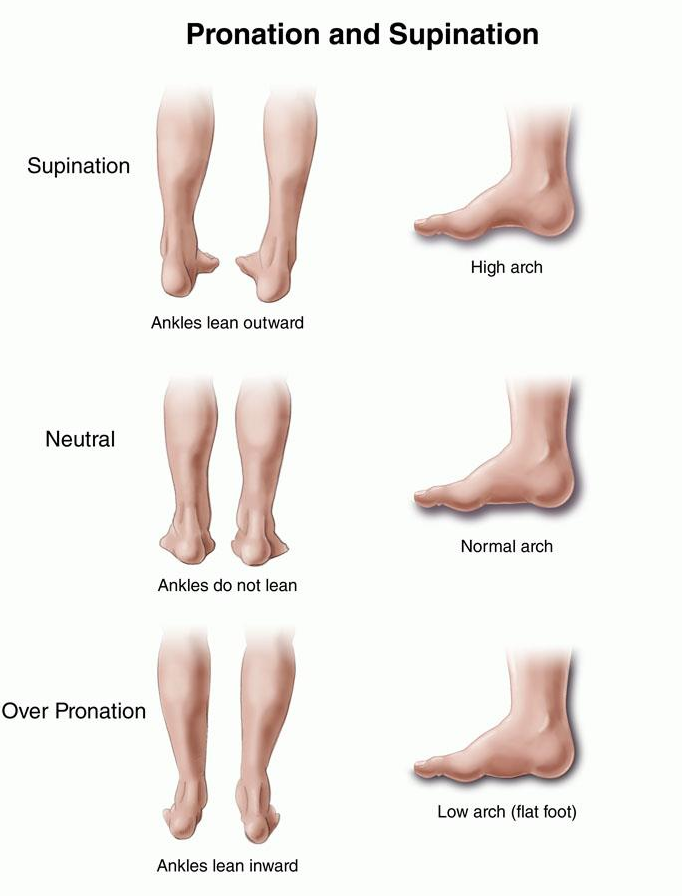 Relative movements and their role in walking

In addition to the feet, very important prerequisites are relative movements at the pelvic level, since they affect each other. If a person has reduced relative movements in the foot during pronation, it can affect the biomechanics of the lower extremities, hip as well as lower back.

The opposite is true, if a person has a hip injury, the body can compensate for pain and discomfort and requires a different strategy of walking, which can be reflected in the biomechanics of the feet.

Through a few simple tests, we can easily determine at the level of the pelvis, knees, and ankles where movements are limited to "return" the movements that are necessary to the body. It is a common case of very rigid feet after an injury due to the protective mechanism of the body, there is a decrease in mobility.

In theory, such feet do not have the function of good absorption of force during repeated actions, such as walking and running which can impair the biomechanics of the lower extremities. We say that soft tissue movement (muscle) is a reaction to movement in the joint.

The relative motion test can be performed when a person steps forward and kneels on his back foot. Then, with the front leg, he performs the movement of the knee forward (dorsal flexion) while keeping the heel on the ground.

If there is no movement of the arch of the foot, then it is very likely that the relative movements necessary for good biomechanics are reduced.

Poor biomechanics affects the development of pain and pain syndromes

Poor biomechanics of the lower extremities over a long period can induce greater mechanical stress and the appearance of microtrauma of the connective tissue and muscles, which can manifest as an increased risk for : 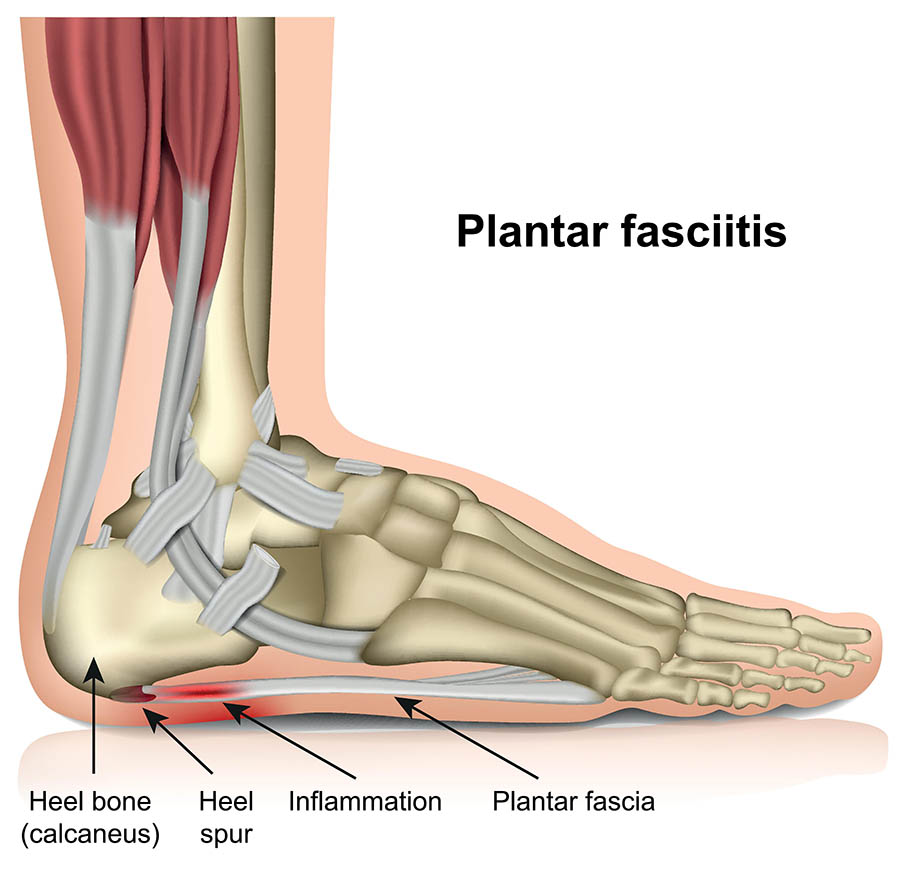 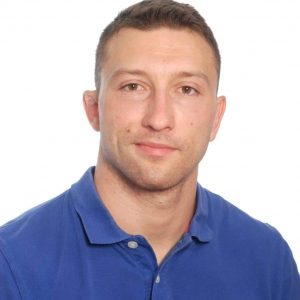 Marko is a kinesiologist, kinesiotherapist and lecturer in biomechanics education, working on rehabilitation and recovery of top athletes within his clinic in Velika Gorica.

Your subscription is not confirmed. Please try again.
Your application is successful!

Feel free to contact us if you have additional questions about biomechanics and proper walking.